Here's a listing of all the book reviews I've done on this blog.  I'll try to keep this list updated, so there's a one-stop place for you to shop for my book reviews! (Please note that there are other posts on my blog that are not related to book reviews and, obviously, they are not included here.) You can also search via tags/labels to see all of one kind of genre or category.

October 2014 (We moved to Germany this summer and I started a new website* (books marked with * are in the Book Review blog at www.amybearce.com in the Tween and Teen section, so sorry for the big lapse!)
Noggin, by John Corey Whaley*
Hook's Revenge, by Heidi Schulz*
Deadly Pink, by Vivian Vande Velde


May 2014
Sure Signs of Crazy, by Karen Harrington
One Came Home, by Amy Timberlake
The Demon Notebook, by Erika McGann
April 2014
The Secret Life of Prince Charming, by Deb Caletti
November 2013
In Our Mother’s House, by Patricia Polacco
Does My Head Look Big in This? By Randa Abdel-Fatt
The Pirate of Kindergarten, by George Ella Lyon
Tea with Milk, by Allen Say
Peach Heaven, by Yangsook Choi
Where the Mountain Meets the Moon, by Grace Lin
October 2013
Crossing Bok Chitto, by Tim Tingle
Code Talker, by Joseph Bruchac
Jingle Dancer, by Cynthia Leitich Smith
September 2013
Yum! Mmmm! Que Rico! By Pat Mora
Just a Minute: A Trickster Tale and Counting Book by Yuyi Morales
The Firefly Letters, by Margarita Engle
The First Part Last, by Angela Johnson
I Have a Dream, by Martin Luther King Jr and Ill by Kadir Nelson
Sit-in: How Four Friends Stood Up by Sitting Down, by Andrea Davis Pinkey
The Frank Show, by David Mackintosh
A Time of Miracles, by Anne-Laure Bondoux
August 2013
Koala Lou, by Mem Fox
July 2013
The Scorpio Races, by Maggie Stiefvater
Lunch Lady and the Mutant Mathelets, by Jarrett Krosoczka
Feathers, by Jacqueline Woodson
The Game of Silence, by Louis Erdrich
Nory Ryan’s Song, by Patricia…
The Evolution of Calpurnia Tate, by Jacqueline Kelly
Just a Second: A Different Way to Look at Time, by Steve Jenkins
What to do About Alice?  By Barbara Kerley
Balloons Over Broadway, by Melissa Sweet
JUNE
What My Mother Doesn't Know, by Sonya Sones
Hopscotch Love: A Family Treasury of Love Poems, by Nikki Grimes
Jazz, by Walter Dean Myers
Swamp Angel, by Anne Isaacs
Gluskabe and the Four Winds, by Joseph Bruchac
The Three Little Pigs and the Somewhat Bad Wolf, by Mark Teague
The Bakery Lady/La Senora de la Panderia, by Pat Mora
Millions of Cats, by Wanda G
The Invention of Hugo Cabret, by Brian Selznick
May 2013
Wonder, by R.J. Palacio
February 2013
Code Name Verity, by Elizabeth Wein
Unravel Me, by Tahereh Mafi
January 2013
My Life Next Door, by Huntley Fizpatrick
Born Wicked, by Jessica Spotswood
2012
Fallen, the series by Lauren Kate
Twisted, by Laurie Halse Anderson
Powerless, by  Matthew Cody
Anna and the French Kiss, by Stephanie Perkins
2011
Ender’s Game, by Orson Scott Card
Feed, by M.T. Anderson
Chains, by Laurie Halse Anderson
Heart of a Shepherd, by Rosanne Parry
The Penderwicks, by Jeanne Birdsall
Attack of the Fluffy Bunnies, by Andrea Beaty
2010
The Absolutely True Diary of a Part-Time Indian by Sherman Alexie “Oh ThatVoice”
Leviathan “Steampunk Surprise” by Scott Westerfield
Recent YA and MG I've Read: (3 short reviews in one post)
Six Rules of Maybe, by Deb Caletti
What I saw and How I Lied, by Judy Blundell
The Farwalker’s Quest, by Joni Sensel
Older:


Everworld, Gateway to the Gods, by K.A. Applegate 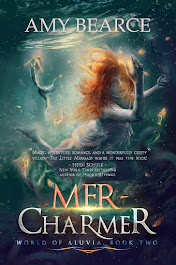 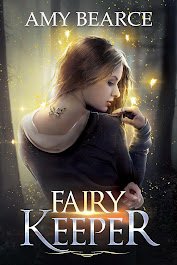 If you want to write for kids or teens, join SCBWI!